Places You Shouldn’t Forget To Visit in Prague 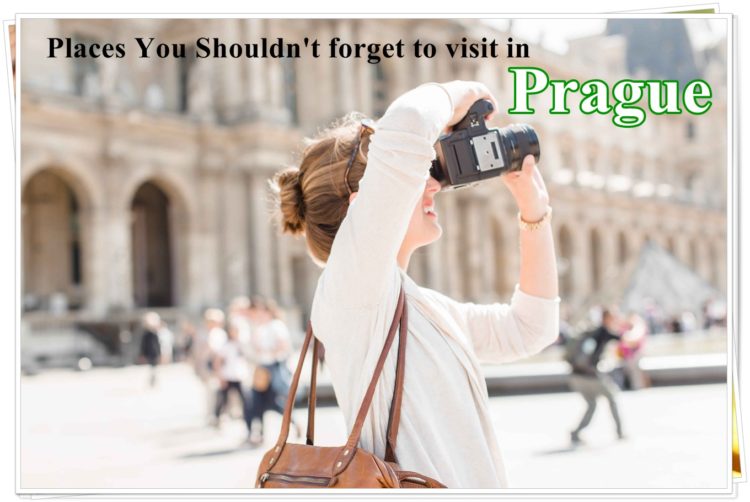 Posted by Raj Mudgal on 4th August 2018 | Featured | No Comments

A river dances through the middle of the city, Prague that is also named “the City of a Hundred Spires.” The historical capital of Bohemia – Prague – flaunts its Romanesque architecture which later got the architectural charms from Gothic, Renaissance and Baroque periods.

Best Places to Visit in Prague

The allure of the city is as much as that other renowned European names including Paris.
Prague is a charming destination that brims with its historic and cultural treasures including the 9th century Prague castle complex that overlooks the city. The complex is also the official address of the president of Czech Republic.

Moving through the city there are umpteen of edifices of historic importance to explore. One of such a kind is Josefov, the Jewish Quarter in Prague lying between Vltava River – which also bisects Prague, and the Old Town Square.
Close to 13th century, when the exodus of Jews happened from Moravia, Germany, Austria, Spain, and other countries, many arrived at Josefov – the Prague Jewish Ghetto. To sustain huge number of Jewish people, Josefov endured structural changes.

While exploring Prague, you can see such historical buildings of Jewish people, including the Spanish Synagogue, Old-New Synagogue, the Jewish Ceremonial Hall, and the Old Jewish Cemetery. All these structures are a pleasant gift to eyes.

Want to book an apartment at an affordable price?

Today, these historical monuments, all except the Old-New Synagogue, are part of the Jewish Museum in Prague.

And, to please yourself with these museum monuments, all you need to do is purchase a ticket or take a Jewish Quarter Walking Tour; a guided tour with the entry ticket included.

For the Old-New Synagogue, there’s a separate ticket. The Gothic style architectural masterpiece was built in the 13th century. Today, this oldest preserved synagogue in Central Europe is the main house of prayer for the Jewish people.

Last but not least, the Jewish Quarter also has the birthplace of the writer Franz Kafka, who is counted among the renowned figures of 20th-century literature and is commemorated with a statue on Dusni Street.

How about going back in time, something like 600 or 700 years? The Old Town Square is just about that, a place that will leave you standing in awe with its dramatic history permeating the surrounding. The Old Town Square is one of two main squares in Czech Republic’s capital with Wenceslas Square being the other present only 5 minutes walk away.

The Old Town Square is alive since the 12th century when it was started as the central marketplace for Prague. Over the centuries structures of Romanesque, Gothic and Baroque styles were erected around the market, each bringing with them the tales of prosperous merchants and political secrets.

The must-see sites on the square are the Old Town Hall Tower & Astronomical Clock, St. Nicholas Church and Tyn Church.

While stashing away the charms of Old Town Square in your mind, don’t forget to see the Jan Hus statue, built to mark the 500th anniversary of the reformer’s death.

Being in Europe, you can get the excitement of South America with La Casa Argentina Steakhouse; the entertaining restaurant is present in the Old Town. The place not only offers Argentinean cuisines but also brings the ambience of the South American country with its rooms having Argentinean décor.

La Casa Argentina has a pub with lanterns and swinging chairs while there’s also a relaxing Buenos Aires piano bar. To your amazement, a room also has a parrot, an iguana and tropical fish. The place will also offer you delicious grilled meats cooked ‘al asador’ – over a fire or ‘a la parrilla’ meaning on a charcoal grill; with grilled vegetables and chimichurri sauce.

Wine lovers will also have their lovable share at La Casa Argentina as the restaurant has South American wines stretching from Argentina to Brazil, with not missing the favourites of France and Spain.

Charles bridge connects the Old town with Lesser Town (Malá Strana) and in the summertime it remains filled with musicians, painters, vendors and tourists. The bridge was commissioned by Czech king and Holy Roman Emperor Charles IV in 1357 and now remains on the top of every Prague visitor’s must-see list.

Looking for Hotels near Charles Bridge?

Prague is a gem of Europe exploring it you’ll find innumerable attractions to leave yourself awestruck. The place is a story in itself that will remain preserved in your memories for years.

Looking for a complete package with activities and hotel transfers etc. Get in touch with Oikes to make your holidays a best ever holidays.